And the entire region

The election of right-wing candidate Mauricio Macri as Argentina’s president on Sunday, which was unexpected just a few months ago, is a setback for Argentina and for South America.

In the past 13 years, Argentina made enormous economic and social progress. Under the Kirchners (first Néstor and then Cristina Fernández de Kirchner), poverty fell by about 70%, and extreme poverty fell by 80%. (This is for 2003 to mid-2013, the last year for which independent estimatesare available; they are also based on independent estimates of inflation.) Unemployment fell from more than 17.2% to 6.9%, according to the International Monetary Fund.

But Daniel Scioli—the candidate of the Peronist “Front for Victory” party who represented the governing coalition, including President Fernández—did not do a good job defending these achievements. He also didn’t seem to make clear what he would do to fix the country’s current economic problems. In the past four years, growth has been slow (averaging about 1.1% percent), inflation has been high, and a black market for the dollar has developed. This gave Macri (and his “Cambiemos,” or “Let’s Change” coalition) an opening to present himself as the candidate of a better future.

With skilled marketing help from an Ecuadorean public relations firm, Macri defined himself as something far more moderate than he is likely to be, winning over voters who might otherwise be afraid of a return to the pre-Kirchner depression years.

Some of the things Macri has indicated he would do could have a positive impact, if done correctly. He will likely cut a deal with vulture funds that have been holding more than 90% of Argentina’s creditors hostage since New York judge Thomas Griesa ruled in 2014 that the government is not allowed to pay them. If the cost isn’t too high, it could reopen a path for Argentina to return to international borrowing—something Scioli would likely have also done.

A liberalization of the exchange rate that got rid of the black market could be a big step forward. But much depends on how it is done: If it causes inflation to spike and the government does nothing to protect poor and working people, they could lose a lot.

Macri may also take measures to bring down inflation, which is something that needs to be done, but he’s likely to do so by shrinking the economy. He wants to reduce the central government budget deficit, which will grow as a percentage of GDP with austerity. Given his ideology, there is serious risk of a downward spiral of austerity and recession, as the country suffered from 1998 to 2001. If there is inflation from the devaluation, this could make matters worse.

In his campaign statements, Macri made it clear that he is against a government role in promoting industry, so the country’s economic development is likely to suffer as a result. He has proposed tax cuts for upper-income groups. That suggests that budget cuts are in the offing, since Macri has pledged to reduce the government budget deficit. The majority of Argentines are likely to suffer from such an economic transition.

But Macri won’t have a working majority in Congress, so it’s unclear how much he can do. Immediately, he has demonstrated his overwhelming loyalty to the United States government, which had been previously made clearin confidential U.S. embassy cables published by WikiLeaks. One of his very first statements after being elected was to denounce Venezuela and threaten to have the country suspended from the Mercosur trading bloc of South American nations. The issue wasn’t of pressing concern to Argentine voters, so it may very well be related to a U.S.-led international campaign to delegitimize Venezuela’s government and the elections in the run up to its Dec. 6 elections.

In joining the effort against Venezuela, Macri showed a willingness to take steps that no other South American president would do. In the past decade, South American presidents have repeatedly joined together to defend democracy in the region when it was under attack—with Washington on the other side—not only in Venezuela in2014, 2013, and 2002, but in Bolivia (2008), Honduras(2009), Ecuador (2010), and Paraguay (2012). Macri runs a serious risk of damaging relations in the Western Hemisphere if he continues down this road.

Washington has maintained a policy of “rollback” and “containment” against almost all of the leftist governments that have won elections in the 21st century. So there is quite a bit of excitement among the business and foreign policy elite over the wave of setbacks among Latin America’s left, with Brazilian President Dilma Rousseff facing a recession and political crisis and Venezuela’s ruling Chavista party confronting an economic crisis and possible loss of its first national election in 17 years. Articles are already sprouting up, welcoming the long-awaited demise of the Latin American left.

But reports of this demise, to paraphrase Mark Twain, are somewhat exaggerated. A more likely outcome is like what we saw in Chile, where a lackluster candidate was unable to take advantage of Socialist Party President Michelle Bachelet’s 80% approval rating and lost to a right-wing billionaire in 2010. He lasted four years, and then the country went back to Bachelet.

Argentina and the surrounding region have changed too much over the past 15 years to return to the neoliberal, neocolonial past. The Washington foreign policy establishment may not understand this, but Macri’s handlers did. That’s why they took the trouble to package him as something very different from what he is. 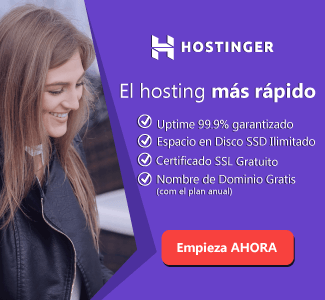